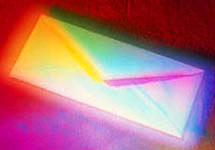 It was after I wrote back to you earlier today that I finally sat down to seek out the articles about Romen Yarov in “Nash Texas”. I was reading over “Zdes’ On Prosto Zhil” trying to remember the first time I read and attempted to translate the story – then I looked up at the text attached to the picture of Romen at his seventy-first birthday party…It startled me to realize that he had recently passed away. Like many of his other friends I would like to share something in remembrance.

I first met Romen Yarov back when he did a public reading of “Prednostalgia” in the meeting room adjoining the old Russian General Store on Birdwood (1997). Mr.Yarov read several of his short stories and as a student of Russian I strained to decipher his words. We talked afterwards when I decided to purchase the book. He recommended it to me as a way of seeing something of Russia that the tourist or the non-Russian never saw.It might have been that very night that I took on the challenge of translating Romen’s book, cover to cover. Romen probably thought it an amusing experiment.

The stories about “A Can of Sprats” and “A Person Has to Work Somewhere” I probably was able to grasp easily enough, but there were other stories that were more elusive. They called for more discussion. I would send drafts back to Romen by mail; then he and Mira would review them and send them back to me with corrections. Now and then we would speculate about how he could make a jump into the American press – and I would relate to him my limited knowledge of the publishing industry. From time to time we would debate my translating approach: first literal and then filled with Russian place names. Then cautiously attempting to add a style – but what style? Even when it was clear to me what I had read, how would I convey Russian nuances when they do not correspond one to one with American English conventions or idioms? Since Russians and Americans seem to leave out different words and phrases assumed understood, it seemed like colloquial translation would reduce stories to almost nothing – except words I couldn’t find.

The only intuition I had was try to imagine Romen Yarov’s voice.

We completed the full set of the Prenostalgia stories. Then afterwards, Romen passed another short story or two for me to look at(a meeting of French mystery writer Georges Simenon with Trotsky in Turkish exile).

It was a year or two later though when I was participating in a Houston writer’s workshop that I realized Romen Yarov had not simply taught me something about Russian, but had passed on something about writing short stories as well.

In my own attempts at creative writing I had never known when to stop or pace myself, but studying Romen Yarov’s stories gave me a clue. During that period, I offered up several of my own stories to “Open Mike” nights, stories that were clearly influenced by having studied Yarov’s work. But beside that, I found that there was much interest in several of the stories that I had translated from Prednostalgia. With Romen’s permission I had read several of his stories at these events. They were well received.

Perhaps someone is curious what Romen’s stories would look like filtered through an English speaker’s imagination, eyes and ears. I went to look at the texts tonight and the Introduction to Prednostalgia seemed appropriate.